Artisan bread. That sounds fancy but what is it exactly? It is simply bread that has been crafted with love and care as opposed to mass produced loaves you find at the store. An artisan baker is a highly trained baker specialising in small batches of carefully crafted loaves but anyone can have a go at their very own artisan bread. After all, who gives more care and attention to a loaf of bread than the home baker?

This crusty loaf is created for just 4 ingredients and incredibly requires no kneading. After the dough has been formed and left to rise it bakes in a Dutch oven and that’s it! A Dutch oven is not difficult to use and doesn’t take up much storage space; they are around the size of a large casserole dish. After less than an hour of baking in the Dutch oven you are left with a loaf that is soft and fluffy on the inside and beautifully crusty on the outside. It could not be simpler to make so is a great introduction to baking bread.

For the best results make sure you use active yeast and fresh flour. Also, don’t be tempted to use cold water as the yeast will be much happier in lukewarm water. Whether spread with butter, topped with cold meats, tomato salsa or just drizzled with oil this crusty loaf is absolutely delicious. I have previously put it on the dinner table as a side dish but have discovered that it is so tasty it tends to get eaten instead of dinner so please use responsibly! 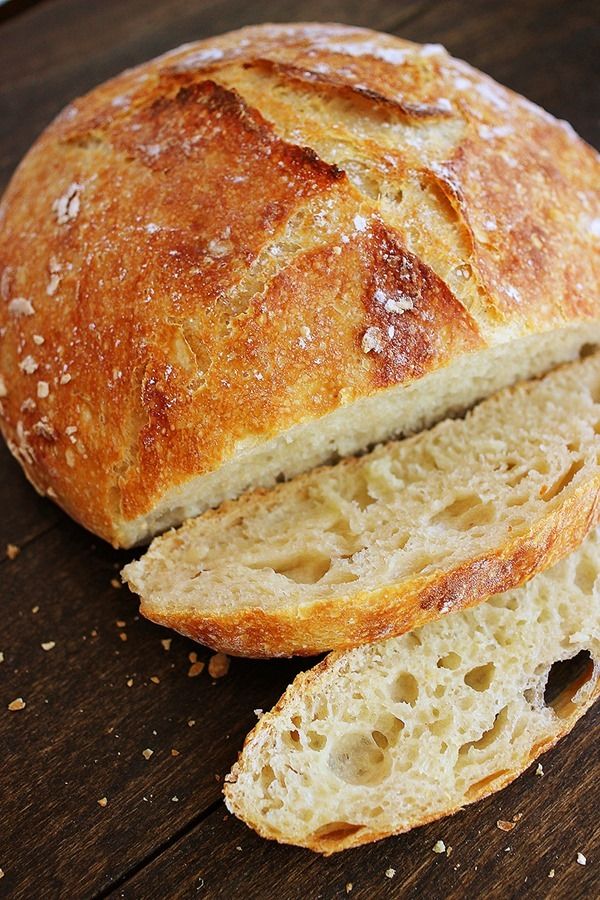