Stuffed vegetables have been a popular dish for years but the tendency to use the same old vegetables can make them, dare I say it, a little boring. Why not put a twist on a classic and instead of using peppers try an eggplant instead. This dish involves filling an eggplant with a delicious sausage mix, topped with cheese and covered in a traditional marinara sauce.

Eggplant is not only available throughout the year but is thought to be one of the healthiest vegetables out there as it is packed with vitamins and minerals. It can be a great meat substitute but also works just as well as a compliment to meat such as the Italian sausage in the recipe. To carry on the Italian theme the eggplant is covered in marinara sauce. This traditional sauce made from tomatoes, garlic, onion and herbs works beautifully with the two cheeses and helps tie all the flavours together. If you don’t feel like making your own there are plenty of good quality shop bought sauces available.

This recipe is easily adapted for vegetarians as you simply leave out the sausage. It is a great way of trying a vegetable that many people are not really sure what to do with. 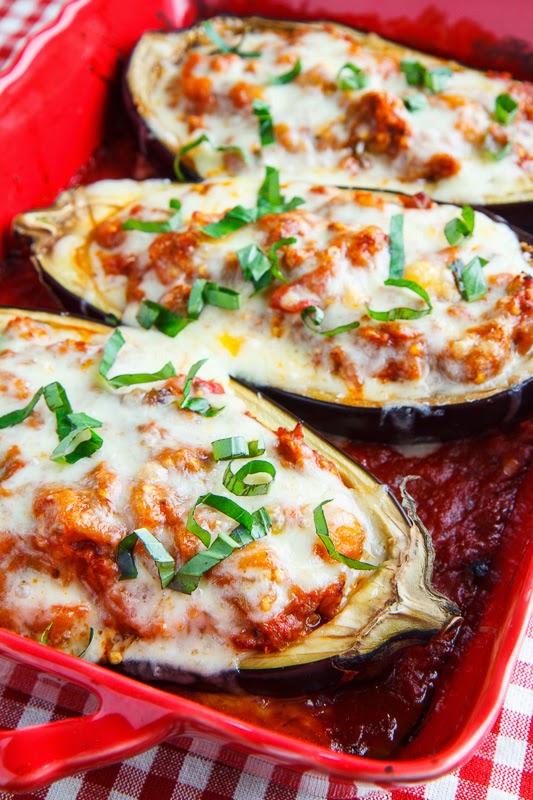